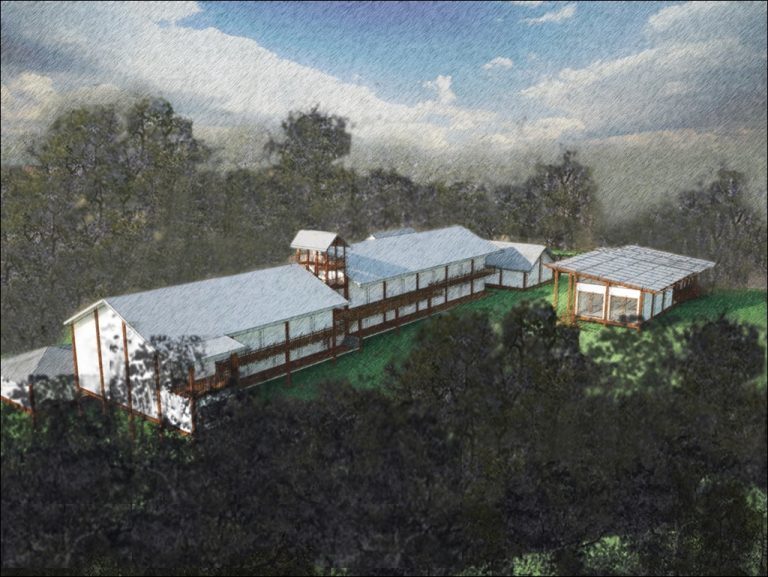 The Vision is to become the regions best performing, most innovative and most valued nature-based tourism facility.

Very stable income stream over the past 18 years with the founders and current owners.

If you’re not familiar with this part of the South Coast, this Gourmet Traveller article shows some outstanding developments by entrepreneurial people who are investing their time, energy and capital in the South Coast.

Things to do near The Bower at Broulee

In  the Unspoilt Eurobodalla, Land of Many Waters [featuring spa and fireplace shots at The Bower]

EcoTourism Vision for The Bower approved

Eurobodalla Shire Council has given operational approval for a subdivision to enable a concept plan for a significant Ecotourism development. Located at Broulee, near Batemans Bay the project is about 4 hours drive South of Sydney and 2 hours East of Canberra on the mid-South Coast of NSW.

The Bower at Broulee emerged from the site of an old gravel pit before being transformed into a small luxury tourist accommodation facility on the NSW South Coast which has been offering luxury Romantic Getaway accommodation to adult couples since 1999.

The owners had originally hoped to pursue their vision for an education based Eco-tourism facility. This was, based on the site proximity to a small nature reserve called Illawong and three local schools which form part of the Eurobodalla Shire’s education hub strategy.

However, the commercial realities of running a very small scale operation in its early stages subsequently led to the award-winning business successfully carving out a solid year-round niche in the Romantic Getaways market, whilst retaining a soft sell environmental educational focus.

Significantly, almost all of the native vegetation was retained on the 40 hectares of remaining land after the owners had dedicated more than 8 hectares of Candlagan Creek foreshore as a public reserve. This creek reserve now abuts an important sea-grass habitat which forms a valuable fish breeding area within the Batemans Marine Park.

To fully achieve the original vision for an educational Eco-Tourism facility, The Bower set about to expand its operations to gain economies of scale and cater for groupings of like-minded visitors that could justify guided tour experts to show and educate guests about the environmental values and geological origins of the site.

On approaching Council in 2007, the constraints over any further development were highlighted.

Mark & Sue Berry then took the decision to embark on a program of detailed [and expensive] research to establish exactly what further development was possible. This provided a particular challenge, given the common desire to maintain the vast majority of retained native vegetation on the site. Consultation followed between the owners and a range of NSW government departments and Council. This was backed by detailed research into the constraints over the land, which culminated in the preparation of specialist reports summarizing expert analysis of the ecological, archaeological, traffic & other neighborhood impacts of the proposal. The NSW Small Business Commissioner’s office was instrumental in assisting this process to a successful outcome.

Eventually, after working through the various issues presented, Council’s planning approval staff were able to give consent to a modified concept plan and community title management scheme that should enable the project to reach its potential.

The Community Title management scheme will reinforce the application of the conditions required by Council [and the various State Govt departments] and guide the future development of the project in the interests of future owners, much like a body corporate in a traditional strata title scheme.

The approval allows for the addition of communal facilities including a health and wellness center, eco-pavilion and amphitheater, small conference facilities, permaculture garden, recreation pavilion and restaurant/cafe with bush-walking trails.

In addition, the proposal includes provision for eco-units [at this stage, they are likely to be luxury safari tents for glamping] which are planned for areas which had been previously cleared. Finally, a number of more traditional accommodation units are proposed to be built on the rehabilitated site of the original gravel pit. This will take the form of a “Hilltop Retreat” precinct which will also incorporate the wellness and conference facilities.

All of the above facilities will be available for temporary accommodation and/or enjoyment by guests of the Bower and will be supported by an onsite manager and caretaker.

Also here’s some background info that might assist people to reach an informed view;
20 years ago, the owners resisted the ‘recommendation/mandate’ from the planning authorities who said when we started this project, that we would need to build tennis courts, swimming pool(s), volleyball courts and golf putting greens just to prove our ‘bona fides’ as a tourist recreation facility.

This would have required extensive clearing, which was possible (and practiced by many neighboring properties) prior to the introduction of the Native Veg Act.

Some years later, we discovered the simplistic reasoning and lack of foresight, behind the planning directive when a senior planner declared “you don’t seriously think people will pay money to sit in the bush and watch the birds do you?”

We (and many others that you’ll find listed on greengetawaysaustralia.com.au) have disproved that statement & attitude.

It is essential that visitors to these areas have access to facilities so they can stay, eat and play. The need for proper facilities to grow nature-based tourism was best articulated by Stephen T. Mather, first Director of the US National Park Service, in the early 1900s:

“Scenery is a hollow enjoyment to the tourist who sets out in the morning after an indigestible breakfast and a fitful night’s sleep on an impossible bed.”

The tourism-potential of Australia’s stunning natural areas cannot be unlocked without appropriate investment that turns inaccessible wilderness into a place where visitors can access, stay and enjoy.

In fact, already we’ve invested many hundreds of thousands of dollars in passive solar buildings, with extensive use of recyclable materials, to entice people to immerse themselves in our beautiful environment and begin to truly appreciate & value the ecology in action.

Over the 20 years spent developing our property, we’ve planted over 3,000 native tree and shrub seedlings to regenerate & re-vegetate areas that were subjected to logging, gravel extraction and/or grazing by previous owners.

More recently, we’ve voluntarily invested even more significant sums to research and survey the biodiversity values of our land and to improve the quality of the ecological, archaeological and mapping data in our local area.

The next step in our plan is to secure the financial viability of our business investment. Then with the support of the Bower community, we may be in a position to embark on program’s to formally recognize our existing practices thru such initiatives as Eco-Tourism Australia & TQual accreditation.

The Bower at Broulee

This website uses cookies to improve your experience while you navigate through the website. Out of these cookies, the cookies that are categorized as necessary are stored on your browser as they are essential for the working of basic functionalities of the website. We also use third-party cookies that help us analyze and understand how you use this website. These cookies will be stored in your browser only with your consent. You also have the option to opt-out of these cookies. But opting out of some of these cookies may have an effect on your browsing experience.
Necessary Always Enabled
Necessary cookies are absolutely essential for the website to function properly. This category only includes cookies that ensures basic functionalities and security features of the website. These cookies do not store any personal information.
Non-necessary
Any cookies that may not be particularly necessary for the website to function and is used specifically to collect user personal data via analytics, ads, other embedded contents are termed as non-necessary cookies. It is mandatory to procure user consent prior to running these cookies on your website.
SAVE & ACCEPT